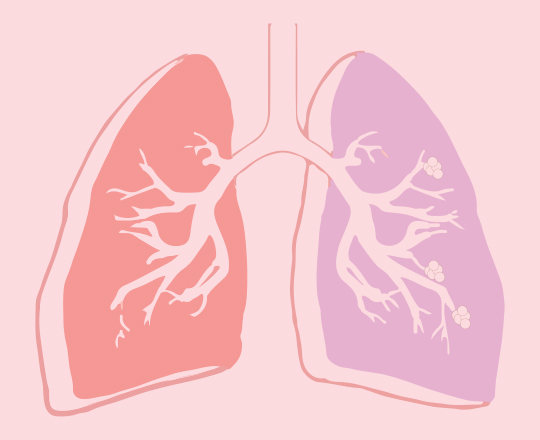 COPD (Chronic Obstructive Pulmonary Disease) is a long-term lung disease that includes chronic bronchitis and emphysema. It is a chronic inflammatory disease that causes the obstruction of airflow from the lungs, making it hard to breathe.

Symptoms include coughing with phlegm, wheezing, chest tightness, a lack of energy, and a number of breathing issues.

COPD is most often caused by long-term inhalation of cigarette smoke but can also be caused by long-term exposure to second-hand smoke and harmful industrial gasses or particulate matter. Most people affected by COPD are at an increased risk of developing lung cancer and heart disease in addition to other severe conditions.

According to the American Lung Foundation, the disease affects millions of Americans and is the third leading cause of disease-related death in the U.S. Although COPD is a progressive disease that worsens over time, it can be managed with symptom control and a healthy lifestyle.

In an article published by the Lung Health Institute in 2015, many COPD sufferers reported positive results from Salt Therapy. Dry salt particles are able to penetrate deep into the respiratory system and can facilitate the improvement of lung functions and reduce bronchial inflammation. Due to its anti-bacterial properties, the salt also clears the respiratory system of toxins, bacteria and viruses, and mucus, providing relief to those that are affected by COPD.

The number of sessions recommended depends on the severity of your symptoms. Most COPD clients opt to go 2-4 times a week, increasing or decreasing their sessions as needed. If you are under a specific treatment plan it would be best to consult with your doctor or medical care provider.

It is important to note that Salt Therapy is a natural supplemental way to help alleviate symptoms but does not cure any condition or disease.

Sea Salt Therapy is open for your wellness needs.

We are implementing the following measures for your health & safety: